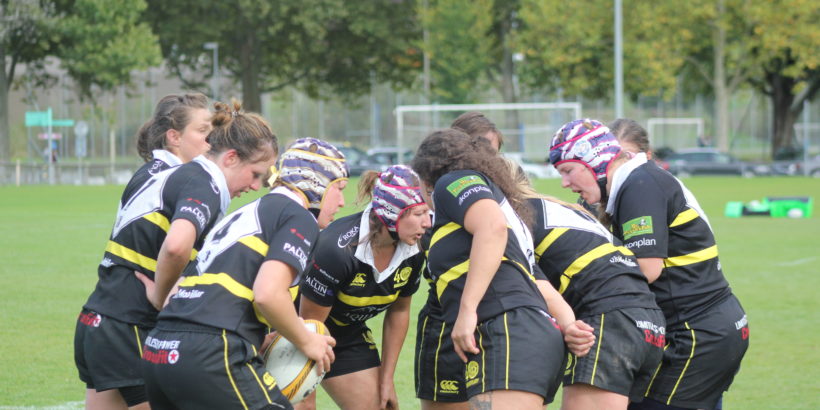 The Dangels had great plans for this home game on that beautiful autumn day. But the Dangels started on the wrong foot. As if they were surprised by the opponents, they let themselves be pushed into their own half of the field. After only five minutes Cern made the first try. The wake-up call worked: The Dangels attacked and showed good interaction. For about 20 minutes they were almost permanently in possession of the ball. Their work was rewarded with a try. A little later, they could even lay another one. But this did not last long: Shortly before halftime the Wildcats made up for the 10 to 10. The second half of the game did start well, the Dangels were back in the lead after five minutes. But from there it went downhill. For the rest of the game, Cern was all most all the time in possession of the ball. At first they equaled 15 to 15. The Dangels defended tough but not very effective. Every time they had the ball they lost it again. As a consequence, Cern made two more tries at the end of the game. So it stood 15 to 25 at the end. It was the first defeat of the Dangels this season.
Tries: TazMac, Chantal, Tschuulia
Beers for Lia & Zoe for their first game
Horns: Elmi (for stopping the game completely – including opponent)
Wings: Düsi (coming back strong after her absence)